[Pittsburgh, PA] – The Pittsburgh Forge Rugby Club is excited to announce additions to the Men’s coaching staff for the 2021 – 2022 Competitive Cycle.  Alongside the Men’s top side promotion to the Midwest Premiership (Men’s Division 1) and the elevation of its second side into Midwest Division 2, the Men will also be fielding a third competitive side at the Division 3 level for the Fall of 2021, prompting the program to further bolster its coaching staff.  This expansion of programming and staff is a result of the continued growth of the club, with training sessions regularly exceeding fifty (50) players in attendance.  Read below about each member of the coaching staff who will lead the Forge Men throughout the Fall campaign and beyond!

Forge Men’s Head/D1 Coach Steve Walsh has been leading the program since their inaugural season in the Fall of 2018. In his first season coaching the Men’s top side, Steve led the team to the D2 Midwest semi-finals. The following year, Steve coached the Men to an undefeated season, losing in the final minutes of the D2 Midwest Championship against perennial National Championship contender Wisconsin Rugby Club. The club’s strong performances over those two years earned them their promotion to the Midwest Premiership.

Steve, a native of Australia, began playing rugby at a young age, eventually playing Rugby Union at the senior level for Randwick Rugby Club and playing Rugby League professionally for the South Sydney Rabbitohs beginning in 1980. Steve also began coaching at the Australian high school and collegiate levels throughout the 1980s (St. Aloysius, St. Mary’s Cathedral, and Alice Springs), before his playing career saw him move to France to play with Lyon OU and Anse XIII.  In the early 2000’s, Steve relocated to England where he coached at the St. John’s Beaumont School. He later moved to the United States where he would coach the Pittsburgh Harlequins and Pittsburgh Rugby Club.

In 2020, Steve was selected to serve on the coaching staff of the Midwest Thunderbirds, an elite Selects program offering a pathway for senior men’s club players to professional rugby in the US.  Check out Coach Steve’s introductory press release as Men’s Head Coach for a more in depth read.

Like Steve, Allan Murray also began coaching the Forge Men’s side in 2018, serving for the past three years as the Assistant/D3 coach before ascending this Fall to the Division 2 level with the Forge’s second side. Al began playing rugby at Slippery Rock University, leading that side to three (3) consecutive ARU Championships while earning several selections to the ARU Collegiate Select Side during his tenure there. Following college, Al began playing under Steve Walsh at the Pittsburgh Harlequins and later with the Pittsburgh Rugby Club, before retiring as a full-time player in 2015.

Al’s coaching career began in 2006 when he began assisting the West End Wandering Barbarians, continuing there through 2009. He then served as an assistant on the ARU Select Side as a Backs/Attack coach. Al would then coach the Woodland Hills U-19 program before joining the coaching staff at the University of Pittsburgh, where he would remain until 2018. Al has been pivotal in the success of the Forge Men’s side, and we look forward to his continued influence this Fall season.  To learn more about Al’s rugby career, visit the press release from his initial introduction to the Forge coaching staff.

Joining Steve and Al on the coaching staff this year will be Des O’Connor, Derek Neubauer and Clark Hoopes. 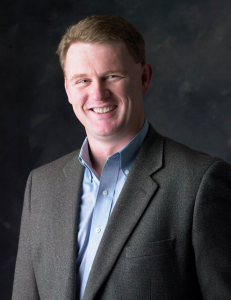 Des O’Connor will be joining the staff as the Assistant/D3 coach and will be responsible for working with the club’s new and developing players. Des, a native of Ireland, began playing rugby at an early age for the Fethard National School and then high school rugby at Cistercian College Roscrea. Des attended University College Dublin where he competed regularly against senior men’s side clubs in Leinster. He also played for Cashel RFC.

In 1988, Des moved to the United States. After a brief stint in Syracuse, Des joined the Pittsburgh Rugby Club from 1989 – 1991 before moving to California and playing two years at the storied Belmont Shore Rugby Club. Des did one more stint for Pittsburgh Rugby Club in 1993 before finishing his playing career for Morris RFC in New Jersey.

Des coached the Pittsburgh Rugby Club from 2001 – 2003. After some time off, he stepped back in to a coaching role assisting at Central Catholic High School from 2014 – 2016 and then North Pitt United U-19 from 2017 – 2018. In addition to coaching, Des also has a tremendous amount of rugby administrative experience. He served as the Secretary for the Pittsburgh Rugby Club from 2003 – 2007 before serving as the President of the Allegheny Rugby Union from 2007 – 2011. Finally, Des served on the inaugural Board of Directors for the Pittsburgh Forge from 2019-2020. 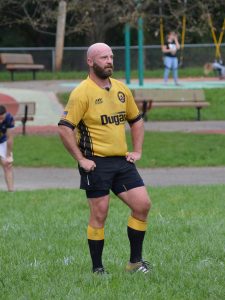 Derek Neubauer has been added to the staff as an Assistant/Forwards Coach. Derek began playing at Slippery Rock University in 2000, serving as the club’s Captain from 2003 – 2005. He earned a selection to the ARU Select Sides in 2004. Upon graduation, Derek began playing for the Bayonne Bombers and then the Westmoreland Highlanders before moving over to the Pittsburgh Rugby Club where he played from 2009 through PRFC’s rebirth as the Forge in 2018, and playing two additional seasons with the Forge’s top side in 2018 and 2019 before entering retirement.

Derek began coaching at his alma mater, Slippery Rock University, in 2006 and then continued to coach there even after becoming the Head Coach at the University of Pittsburgh in 2009. Derek resigned from SRU in 2011 and focused on Pitt, coaching there until 2020. Derek also served as an ARU Select Side coach in 2009. 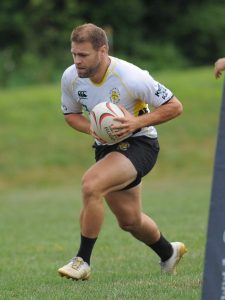 Finally, Clark Hoopes joins the Forge Men’s staff as an Assistant/Backs Coach.  Clark began playing rugby at the University of Massachusetts in 2007, where he was named to the NERFU and NRU College All-Stars each year from 2007 – 2010. He was also named a USA Rugby Collegiate All-American in 2009. After graduation, Clark played for Boston’s South Shore Rugby Club from 2010 – 2015 and for Boston’s Super League side during the 2011 – 2012 season. Clark also toured with Atlantis Rugby 7s in 2009 and 2011 before joining the Pittsburgh Rugby Club in 2015. In the summer of 2016, Clark competed with the storied 1823 7’s side out of Columbus, OH.

Clark continued to play for the Pittsburgh Forge in their inaugural 2018 season before injuries forced him into retirement. Clark was named the Forge Men’s 7’s Coach in the spring of 2019 and will continue to serve the club in that capacity in addition to assisting the 15’s program in his new role.

The Forge Men are in the midst of training for the Fall 2021 season and are fielding three (3) sides in Midwest League Play. Players interested in working with our coaches are encouraged to attend a training session or contact the club for more information!  Contact Us.