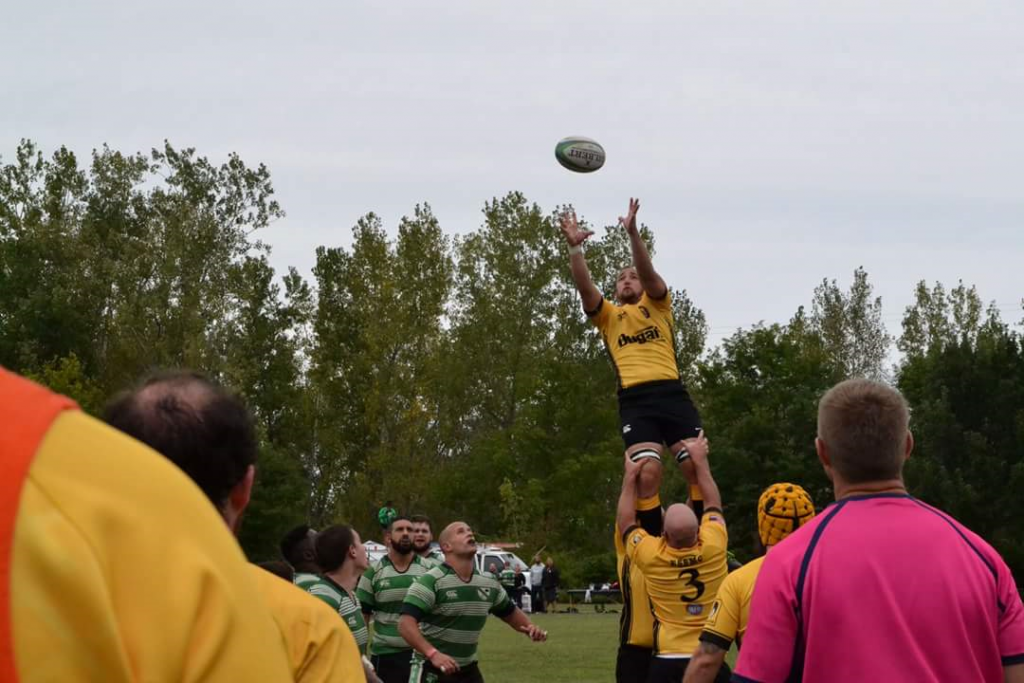 BUFFALO, NY – The Pittsburgh Forge Men’s D2 side traveled three hours north to take on South Buffalo Rugby after their women defeated South Buffalo’s women’s side just moments before. The game was Pittsburgh’s first of three trips to upstate New York this fall and aside from a key injury, the day couldn’t have gone any better.

Within a few moments of the opening kickoff, center Neil Reynolds (UPJ) was able to offload to young and talented winger Julyan Jenkins to open up the scoring with his second try in two Forge league contests. Andrew Knuttel (PITT) would add his first conversion of the day and the Forge would jump out to an early seven nil lead. Unfortunately shortly before the score, standout fullback Clark Hoopes (UMass Amherst) would go down with an apparent lower body injury and not be able to return.

After several minutes of sustained possession from South Buffalo, Neil Reynolds would break loose for his first try of the day, the conversion made by Knuttel. Once again after the restart, Buffalo would have some possession but the Forge defense would hold strong and Trevor Keough, on as the injury replacement for Hoopes, would run for his first try as a Forge member. Keough was fresh off a promotion to D2 after a strong performance at D3 against Greensburg on August 25th. This try would also be converted by Knuttel, his third of the day.

Just a few moments later, Neil Reynolds would pop through a hole and score his second of the day, the Forge jumping out to a twenty-eight point lead after the Knuttel conversion at the twenty-six minute mark. Finally before the half, lock Kyle Frankin (UIC) would touch down his first try as a Forge player. Knuttel would end his perfect kicking half, going five for five, and the Forge held a thirty-five to nil lead. 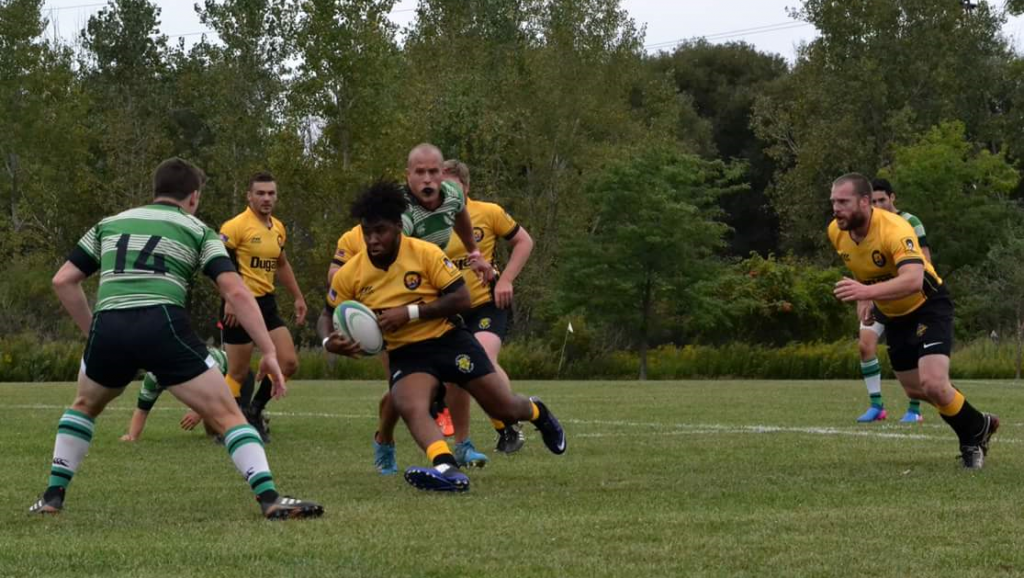 After the restart, Neil Reynolds would once again find the try-zone and Knuttel would once again convert the try. With the forty-two point lead, Coach Stephen Walsh would bring on utility forward Tony Cardamone (SRU) onto the pitch to relieve number 8 Tim Bagatti (PITT). Shortly thereafter, scrumhalf Rous Kluever (PITT) would dot down his second try in as many games and once again Knuttel would convert the try at the fifty-three minute mark. Just four minutes later, outside center Patrick Dobbins (UPJ) would get in on the scoring action and touch down his first try as a Forge player.

Now up by fifty-four, prop Jeff Muha was brought into the game in relief for Derek Neubauer (SRU) and Billy Gordon (Villanova) would be brought on to spell hard running flyhalf Tyree Massie (Cal). These late game reserves would be instrumental in the Forge not letting off the proverbial gas. At the sixty-six minute mark, flanker David Ashline (PITT) would add his first try of the day followed a few minutes later by his second. Both would be converted by Knuttel. His flanking counter-part, Alex Gordon (SRU) would add his first try of the day, and third of the season at the seventy-two minute mark and finally, Billy Gordon would add a second try scored by a Forge reserve with a score at the seventy-six minute mark. Both tries were converted by Knuttel who would go eleven for twelve in conversions for the day. 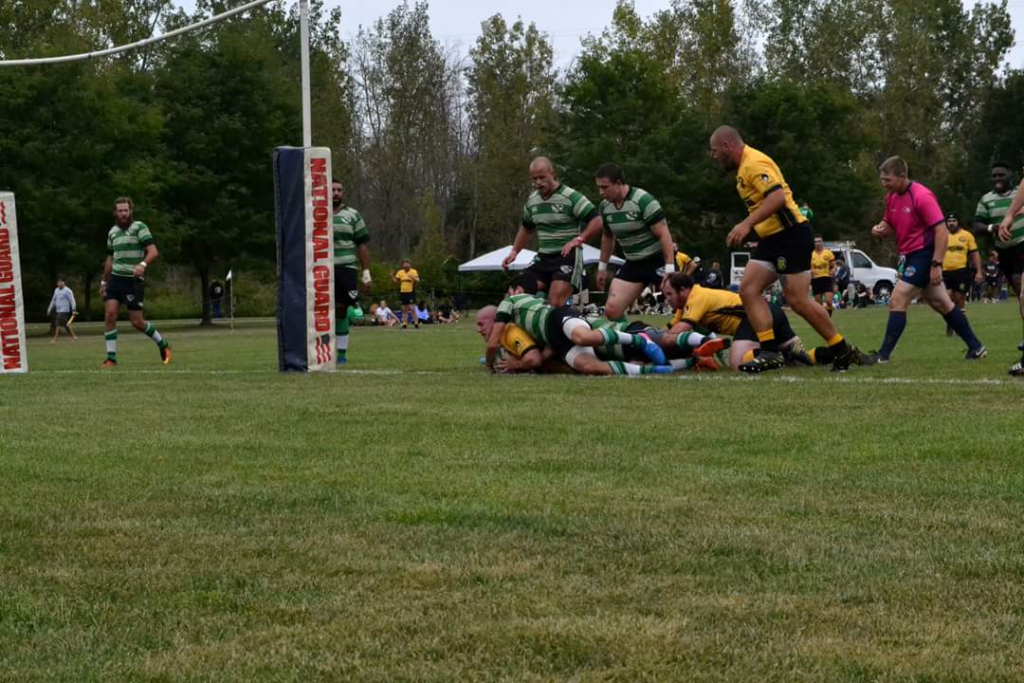 Forwards Andrew Knuttel and Samuel Angelo look on as flanker Alex Gordon scores his third try of the young season against South Buffalo.

Man of the Match:  Andrew Knuttel (1)