Pittsburgh, PENNSYLVANIA – This past weekend, the Pittsburgh Forge  hosted it’s second Annual General Meeting (AGM) at the American Serbian Club on the Southside. In addition to reviewing a great 2019 year for the organization, the club also previewed an exciting 2020, and amended bylaws. Those changes can be found here.

As part of regular business, the Club elected a new Treasurer in Nicole Beswick. Nicole is a graduate of the University of Pittsburgh where she played rugby prior to joining the Pittsburgh Angels in 2012. As a member of the Pittsburgh Rugby Club/ Angels, Nicole served in several different roles including the women’s Match Secretary, Merchandise Chair, and Club Secretary. Once the clubs merged together to create the Forge, Nicole served on the Finance Committee while working as the Fundraising Chair and Membership Events Coordinator. Nicole is an active player for the Forge Women and currently works as a Program Manager UPMC.

Former Treasurer Olivia Redshaw may be handing over the checkbook to Nicole but will continue to serve the Club as a General Director. A graduate of Penn State University, Olivia began playing rugby there in 2009 on her way to four (4) Division 1 National Championships. Upon graduation, Olivia spent several years as a captain of the Pittsburgh Angels and was elected to be the Treasurer of the Pittsburgh Rugby Club prior to merging with the Highlanders in 2018. At that point, Olivia served as the interim-Treasurer and was a founding leadership member of the Forge. At the club’s first AGM in 2019, Olivia was elected to serve as Treasurer. Olivia will be working for the Club semi-remotely as she’s recently taken a position as the Sports Club Coordinator at the University of Pennsylvania in Philadelphia. 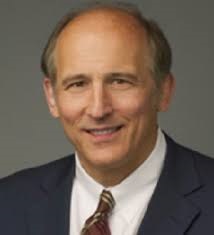 Finally, the Club welcomed Neal Brendel to the Board of Directors, also as a General Director. Neal is a long-time member of the Pittsburgh and national rugby communities. He played with Pittsburgh Rugby Club throughout the 1980’s and served as the club’s President from 1984 – 1987 and was a member of the starting fifteen that finished as the Division 1 runner-up in 1987. Additionally, from 1983 through 1987, Neal made several appearances at prop for the US Eagles National team culminating with his playing for the Eagles in the 1987 World Cup.

Neal would then go on to hold several different positions on the USA Rugby Board of Directors beginning in 1996 and ascended to become the President of USA Rugby in 2002 and Chairman of the Board of Directors by 2004. Neal still serves as a Governor for the US Rugby Foundation. Professionally, Neal has practiced law since 1980 following his graduation from Yale University and the University of Virginia School of Law. Neal was a partner at K&L Gates for several years in Pittsburgh before relocating to Dubai in 2009 to establish the firm’s presence there. Following his retirement in 2019, Neal returned to the Pittsburgh area.

The current officers and directors of the club welcome these new additions and look forward to working with them in 2020; a year that looks to be a tremendous one for the Pittsburgh Forge.

Pittsburgh Forge Board of Directors: